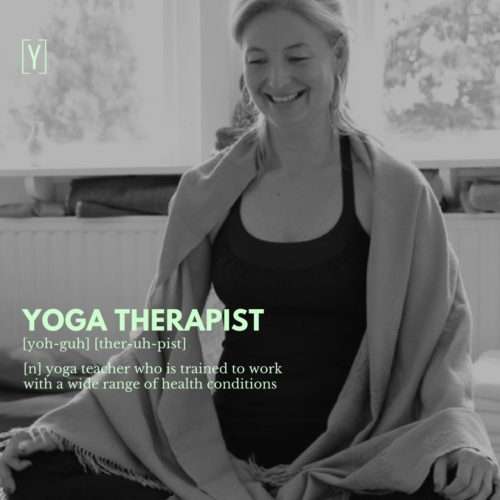 My name is Montserrat, and I have experienced the benefits of Therapeutic Yoga for over a decade, as a certified Yoga Therapist and as a patient.

Being a Yoga Therapist is a full-time profession. From the daily therapy sessions with my clients to the preparation, continuous training, emails, follow-ups and homework that I prepare for them. I work in an unusual way because clients can contact me with personal or family health issues.  I make time to talk to them and see them as soon as possible.

Somebody once asked me if any of my clients ever abused my attention.  Surprisingly, the answer is not at all. No-one has ever called me day and night to the point where I roll my eyes. They have only contacted me outside of working hours when it was absolutely necessary, and I like to do my best to help.

My work involves applying Yoga knowledge and practical tools for the treatment and prevention of health conditions. This also means referring my clients to the right health professional, doctor or specialist when needed.

The search for something else

Fifteen years ago, I attended many and varied yoga classes looking for relief for a stress-related muscle disease after the birth of my daughter. Yoga was raising up as the next big thing. Since I came from a solid sports background, I thought Yoga would be the perfect step forward to help me recover.

From London to New York and Amsterdam, I went to classes “governed” by teachers who took themselves very seriously. They called themselves gurus and had funny Sanskrit names even though they came from Ohio. These “gurus” were followed by over-attentive students. The type who “shushed”  you when you made a comment on the side or asked a question.

I participated in silent retreats where many people had nervous breakdowns, cried and eventually screamed.  I felt intimidated by competitive yogis who sweated through seriously dangerous bends. Students who, after the class, discussed their aura, how they reached Samadhi and the time they felt their Kundalini rise up.  To me, most of them looked pale, miserable and hungry!

Parallel to this, there was what I call the world of Yogathletics. Beautiful, happy, fit athletes with super-human muscles which they used to perform the most extra-ordinary poses. Of course, at the time I wished I could have been like them, but I just felt inadequate and may be born with the wrong body.

The atmospheres I experienced at the time were either too strict and serious or too happy with the fairies: angels,  golden arrows, spirits, auras of all different colours…mixed up with an array of Hindu gods and goddesses which we were meant to worship at the home-made altar of the yoga studio.

Oh yes, and I also needed to learn Sanskrit. As if Spanish, English, Italian and struggling with Dutch was not enough.

I felt so foreign to all this  and so lost in the crowd that I kept on asking  myself, “what am I doing wrong?” 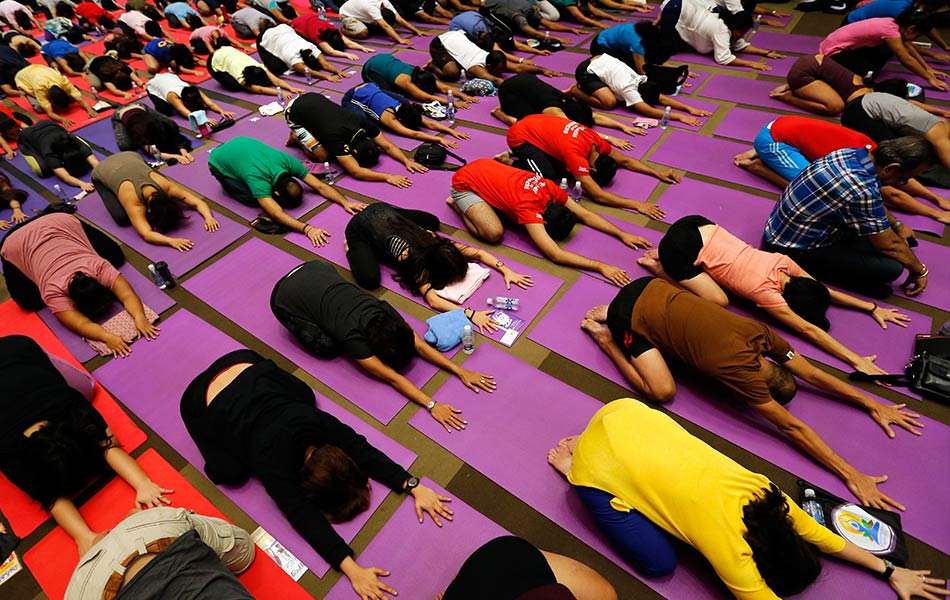 There is always a turnaround moment

After the yoga classes -which I stubbornly kept on attending- I would go home and voice my frustration to my partner.  “Is there anyone out there who can teach yoga in a simple way, to normal people who suffer, just  like any other human being on this Earth?”

I deeply sensed that this “Yoga thing” could be good for others if taught properly. So I then took on to learning on my own, through endless manuals and self-practice.  I qualified as a Hatha Yoga and Kundalini Yoga teacher, which offered me the chance to start my first teachings. The moment I began my classes at my loft apartment, I was the happiest yogi in the world.

Some intense busy months passed by in which I grew into teaching larger and larger groups. As flattering as it felt, I soon started to sense that this was -again-, not the right way to teach Yoga.

The turnaround point was when  I noticed a pale, weak student at the back of one of my classes. She could barely do the exercises, and she was breathing heavily.  As gently as I could, I asked her not to follow the class.. I knew that the  Yoga I had learned on the wooden floor of my dining room would be good for her, but not in a class of 25 students. I had just started to become frustrated under my now skin when help came in the form of my brand-new internet connection.

Yoga and Yoga Therapy for everyone…

Bingo. I booked it without thinking twice.

The course was extremely intense and I had to keep on travelling to London from Amsterdam. The examinations were as hard as my university exams! However, the course delivered what it said on the label: “A mix of modern medicine and ancient wisdom, based on principles of  compassion, personal  attention and respect for every human being, in all its dimensions”

It was a pioneer diploma course taught by empathic, experienced doctors. examined by doctors and yoga teachers who practised Yoga as Therapy.

I finally found Yoga and Yoga Therapy for everyone.  I arrived home.

…and the rest is history

Three years later, when I was working at my private Yoga Therapy studio, a young woman came to see me. She had been recommended by a friend, who I had been seeing for an eating disorder.

The young woman told me that she had been to one of my group lessons a long time ago, but she was not fit enough to do them because she had glandular fever at the time.  I recognised her straight away.  She was the pale girl at the back of the class!

This time, I was able to help her, with the application of Therapeutic Yoga especially for her, as a whole human being, and as she was. She remained my client for another two years and I also worked with her husband and her young son. I am happy to say she recovered from her chronic exhaustion and she even went on to get a job and to have two more children!

We remain in touch and I am so grateful that she crossed my path.

My wise old boss, when I worked in London, once told me that “common sense is not very common”, and I couldn’t agree more. Or, perhaps, is just that we have forgotten about it.  Collective insomnia.

Personally  I believe that common sense is somewhere inside of us, waiting to be called up. It’s like when someone gives you good, sound advice and in your mind, you say to yourself “I knew that!”, but you just needed someone to remind you.

Yoga for the individual simply makes sense. Yoga started with a teacher and one, maybe two, three students, no more. The father of modern Yoga Therapy, T. Krishnamacharya, was a scholar who studied yoga as medicine and taught his few students the application of Yoga tools and Indian gymnastics  -what we know as the modern Asanas-, to treat and prevent disease of the body and the mind.

He developed special physical sequences with breathing and treatments for certain conditions. These can only be effective if applied to the individual. We cannot treat a “group knee problem” , simply because everyone has different types of knee injuries, everyone hurt themselves in different ways, and we are not all the same.

It is just common sense.

Yoga Therapy adapted to the individual. Beautiful, human work that requires taking on responsibility, love and respect for others and what you do.